skip to main | skip to sidebar

Q & A with Roy Kesey

Nothing in the World is one of my favorite books so far this year and Roy Kesey was kind enough to answer a few of my questions about the novella.

The writing is so vivid, what kind of research did you do and was there anything you discovered that surprised you?

The way I usually work is to do no research whatsoever for the first
draft, so every other line has something in parentheses reminding me
to double-check a given road name or time-line or species or whatever.
Then I go back and read obsessively, everything I can get a hold of,
looking for cool tangents and useful tidbits, in addition to making
sure the main character hasn't harvested his grapes at the wrong time
of year or what have you. Sometimes this tends toward the absurd, as
happened more than once with this book--I spent at least a day going
through to make sure that I had the moon-phase right (i.e. matched to
the actual moon-phase on that day in history) each time it was
mentioned. Was that necessary? Was that time well-spent? Not really.
But for some reason it was important to me at that point, and it was
better to get it over and done with than have it nagging at me later
when I was supposed to be focusing on more important things.

I don't remember being surprised, exactly, by any of the research I
did for this book--maybe because most of it was topographical, or
related to who had which weapons and where, that sort of thing. But
speaking more generally, I get happily surprised fairly often by stuff
that turns up in my back-reading. There's a story called "Nipparpoq"
that's going to be in the next issue of Ninth Letter, and it's set in
Greenland several hundred years back--the narrator is the last
survivor of his community. I spent several days working through all
the Inuit mythology I could find, and kept getting swept out of my
story and into these much older, odder stories. Great stuff.

I loved the interludes/fables at the end of the sections. What made you decide to use them and how did you decide which ones to include?

Originally, those three "fables" (and a few others that ended up
getting cut) were stories that Josko "heard" in the course of his
wounded wanderings: there was this voice that drifted in through the
hole in his head, etc. But then a good friend and fellow writer, Jim
Ruland, said (in the kindest manner imaginable) that perhaps I was
leaning a bit too hard on what can and can't happen as the result of a
head wound like Josko's. And Jim was right, so the voice itself had to
go, but all the same I wanted to keep a few of the stories, the ones
that still held my interest. As it happens, all three of those
interludes are nonfiction--they are things that actually happened to
people while I was in Croatia during the war. I recast them in fabular
language to play a little bit with the idea of how fables generally
work in our lives, to explore the relationships between fable and
nonfiction and straight realist fiction, to see what kind of echo or
resonance might occur when those three forms are forced to attend the
same party and drink heavily.

Josko is such a complex character. He is at times he’s very innocent and at other times very brutal. Yet he remains credible and sympathetic to the reader. While writing it, was it difficult to juggle these different aspects of his personality? And was it more difficult when he starts hallucinating?

It was. You mention credibility, and that was the key, I
think--finding a balance between the madness and what remains of the
personality he started with. (Which, let it be said, was already
slightly off-key.) It was a matter of making sure that each shift from
innocence to brutality and back again, no matter how abrupt, was
returning to some kind of recognizable psychic space in Josko's head,
some place that existed, or was at least hinted at, in Josko's mind
before he was wounded. It was also a matter, I think, of building
incrementally, so that each peak was only slightly higher than the one
before.

About how many drafts did you write of Nothing in the World? And how many before you started to feel it was working?

Terrifying question. Let's see. At an absolute minimum: three drafts
of the original short story, plus six full drafts of the novel that
came from the story, plus ten full drafts of the novella that came
from the novel. Fortunately, I am deluded enough always to believe
that what I am writing at the moment is working just fine. It isn't
until later--sometimes only ten or fifteen minutes later, but still,
later--that the flaws start to show.

Is there anything you had to cut from the novel version that you wished could have been left in?

I don't think so. Half of the novel--one of the two main
story-lines--was pretty profoundly flawed, so it was a tremendous
relief to cut it away completely and start working just on the stuff
that was more solid. That said, I did go back through the messy half,
pull out a few things I still liked, and make a separate short story
with them. Between that and the scavenging I did for Nothing in the
World, I think I saved pretty much everything worth saving. Hope so,
anyway.


I would like to thank Mr. Kesey for taking the time to share his insights on his work and for a glimpse into his writing process. Nothing in the World can be ordered here.
Posted by Bruce Owens Grimm at 8:03 PM No comments: 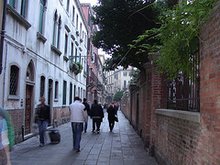